Changes to Depreciation Under Tax Reform

The Tax Cuts and Jobs Act (TCJA), signed into law in the final days of 2017, contains many changes that impact depreciation rules. While these changes are largely positive, there are some potential pitfalls taxpayers should be aware of.

The TCJA increases the bonus depreciation percentage from 50% to 100% for qualified property acquired and placed in service after September 27, 2017 and before January 1, 2023. It also expands the definition of property eligible for bonus depreciation to include used property as long as the taxpayer didn’t use the asset before acquiring it or acquire it from a related party.

Changes to the depreciation of leasehold improvements

There was also a fourth class of property:

If QIP also met the definition of a qualified leasehold, retail or restaurant improvement, it was eligible for a 15-year life. Otherwise, it had to be depreciated over 39 years but was eligible for 50% bonus depreciation in the year it was placed in service.

The TCJA attempted to streamline these convoluted rules by consolidating the above categories, making QIP the sole class of leasehold improvement property that qualifies for depreciation incentives.

However, the law was also supposed to amend Section 168 to provide a 15-year depreciation life to QIP. Unfortunately, due to a drafting error, the newly modified Section 168 doesn’t actually provide a 15-year life to QIP. Section 168(k)(2) allows bonus depreciation for any property with a depreciable life of 20 years or shorter. Because Congress neglected to include a provision giving QIP a 15-year life, it is still subject to a 39-year life. This will hopefully be one of many coming technical corrections. Until then, taxpayers should treat QIP acquired and placed in service after December 31, 2017, as 39-year property not eligible for bonus depreciation.

The TCJA increased the maximum deduction for Section 179 property from $500,000 to $1 million and increased the phase-out threshold from $2 million to $2.5 million. This applies to eligible property placed in service in tax years beginning after 2017. The TCJA also expanded the definition of property that qualifies for Section 179 expensing to include qualified improvement property.

These are just a handful of changes included in the tax reform legislation. If you have any questions on how to take advantage of these provisions or others within the TCJA, please contact BSSF today! 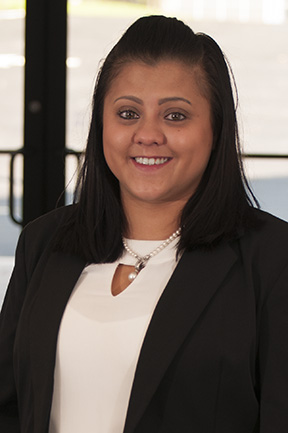 Rachel is a Senior Staff Accountant with Brown Schultz Sheridan & Fritz. Rachel has over five years of public accounting experience. She provides tax services to for profit and nonprofit organizations.