As many of our clients are preparing for the 2017 tax filing season, it is important to note tax return due dates for various forms have changed for the upcoming filing season.  Enacted in 2015, Congress incorporated the proposed new legislation for tax returns as part of a revenue provision for a number of new articles of legislation affecting organizations from Veteran’s Affairs to the National Highway Traffic Safety Commission.  President Obama signed the bill into law July 31, 2015 effectively changing the due dates of various returns as noted below effective for tax years following December 31, 2015.

The new federal due dates are applicable to all 2016 tax returns for tax years beginning after December 31, 2015 including short-year period returns beginning in 2016.  The new due dates would apply to those business entities that have a technical termination, cease to exist or altered its tax year at some point in 2016.

Below is a list of federal due dates for calendar year filers that are generally applicable to 2016 tax returns, 2017 tax returns and beyond.

March 15 (Extensions up to September 15)

This is the new due date for the tax return and Schedules K-1 that an entity must provide to the owners of the entity.

Form 5500 due dates have also remained unchanged; calendar year end returns are due July 31 with extended due date of October 15.  For those plans with fiscal year ends, the due date is seven months after the fiscal year end.

What Are the Due Dates for Information Returns?

As a part of the PATH Act, Congress passed an accelerated due date for Form W-2. For 2016 tax returns and the 2017 filing season, these information returns are to be filed with the Social Security Administration (SSA) and the IRS by January 31.

Form 1099-MISC with amounts reported in Box 7 (Nonemployee Compensation) must also be submitted to the IRS by January 31. The IRS made the filing dates identical to the Form W-2 due dates in order to help counter identity theft. 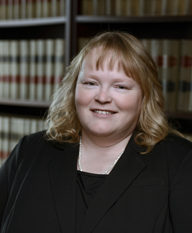 Nancy is a Tax Manager at BSSF. She prepares and oversees the preparation of tax returns for individuals, pass-through entities, corporations, tax-exempt entities, insurance companies, and employee benefit plan returns.