The nonprofit industry in Pennsylvania will see a few changes after Governor Wolf’s recent legislative signing of Act 71 of 2017. Act 71, signed into law by Governor Wolf in December of 2017, raises the annual contribution levels that will trigger an automatic audit for a nonprofit organization. The new limits will take full effect in February of 2018, and are as follows:

All of these income sources are reported on Form 990 and captured specifically in Part VIII. In the case of reporting on 990-EZ, all contributions other than government grants are added up in lines 1, 6a and 6b.

Nonprofit administrators are advised to consider all mitigating circumstances before making any changes to the way they prepare official financial statements because various financial institutions and grant issuers may require specific financial statement reporting. For example, the Extra Ordinary Give in Lancaster County requires a review, even if the nonprofit organization would qualify for a compilation.

Nonprofits will also be affected by another bill signed into law in December 2017, Act 72 of 2017. Act 72 addresses the timeline with which registration forms must be filed with the state. Under Act 72, as long as the documents are postmarked on or before the renewal date, they will be considered timely filed by the state. Previously, forms had to be physically received by regulators in order to be considered timely filed.

Both Acts 71 and 72 will be considered effective on February 20, 2018. Nonprofit organizations with a fiscal year that ends on or after March 31, 2017 will be able to follow the new thresholds. Any return that is due after February 20 will be considered filed on the day that it is postmarked.

If you have any questions, please contact us today! 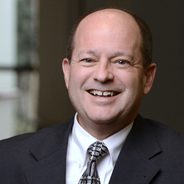 John is a Principal and Shareholder with Brown Schultz Sheridan & Fritz, specializing in governmental and nonprofit auditing. He has over 30 years of experience working with nonprofit entities, such as charitable and membership organizations, private foundations, and low income housing projects as well as governmental entities, including school districts, townships, and water and sewer authorities.

Nonprofits: Navigating the Challenges of COVID-19