Governor Wolf recently signed House Bill 1059, a $2 billion tax credit package that encourages natural gas production in Pennsylvania. The package, named Pennsylvania Economic Development for a Growing Economy (PA EDGE), was publicly introduced as an amendment to a bill on October 26, where it passed the House and Senate.

Ninety cents out of each dollar offered will be used to encourage the use of natural gas, which includes $1 billion in tax incentives to attract a new “hydrogen hub” to Pennsylvania. Hydrogen is the most abundant element in the universe and is difficult to extract. Traditional hydrogen plants result in significant carbon emissions, which is why there is a push to produce hydrogen from greener sources. The proposed hydrogen credit aids funding that was included in the 2021 federal infrastructure bill which allocated $7 billion in federal aid to develop at least six such hubs around the country.

The PA EDGE legislation will provide $50 million a year in tax breaks to companies that agree to produce hydrogen for 20 years and increase the existing Local Resource Manufacturing Tax Credit by $30 million to $56.5 million annually. The 2020 tax credit was designed to encourage the use of methane to manufacture products like fertilizer or gasoline and is set to expire in 2050. Companies that purchase hydrogen from a hub could be eligible to receive a credit of up to 47 cents/MCF of natural gas purchased from a Pennsylvania hub. To qualify, purchasers must invest $500 million in a new facility and pay prevailing wages during construction while creating at least 1,200 new jobs. The law allows companies to claim credits for a limited time if they start operations before clean hydrogen is available.

If you have any questions on the PA EDGE tax package, please contact your BSSF tax advisor. 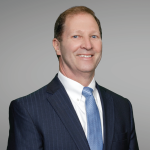 Randy Fackler CPA, CEPA, MST  is a Principal and the Tax Director at Brown Schultz Sheridan & Fritz and is one of the key members of the Firm’s Tax Department. He is responsible for managing tax consulting and compliance services for his clients as well as overseeing the tax department.