On April 26, 2022, the Pennsylvania State House of Representatives passed House Bill 1960, 385 and 2277, which would provide millions of dollars in business profit tax cuts intended to bring relief to businesses. These bills now move on to the Pennsylvania Senate and would amend the Tax Reform Code of 1971. Governor Tom Wolf said that he was optimistic a final deal can be struck in the coming months.

How Would House Bill 1960 Affect Taxes?

This new legislation also provides tax simplification and fairness for Pennsylvania’s job creators by increasing the cap for net operating loss (NOL) carryforwards. The percentage of taxable income that can be offset by an NOL carryforward would increase from 40% to 45% under the corporate tax measure. If the budget surplus is more than $750 million for the 2022-2023 and 2023-2024 fiscal years, the rate could increase to 50%.

House Bill 1960  passed by a vote of 195 to 8. If the bill gets enacted into law, the cost for the measure would be $128 million in 2022-2023 and would not cover the entire 12-month period. Within the following years, it should reduce the state revenues by $400 million to $450 million annually, projected by House Republicans.

How Would House Bill 385 Affect Changes?

House Bill 385  passed the house unanimously. If the bill gets enacted, it will change Pennsylvania’s personal income tax and will allow for the tax deferral of like-kind changes that are permitted under Section 1031 of the Internal Revenue Code. Formerly, Act 1 of 2021 amended the Fiscal Code which allowed forgiveness of Paycheck Protection Program (PPP) loans and stimulus checks received by individuals to be excluded from personal income tax. If signed into law, House Bill 385 will repeal these provisions in the Fiscal Code under Section 104-A and will be re-codified in the Tax Reform Code.

How Would House Bill 2277 Affect Changes?

House Bill 2777  also passed the house unanimously. If the bill gets enacted, it will end Pennsylvania’s Accelerated Sales Tax (AST) prepayments. This means that business owners would remit only the sales tax they actually collected to the state and would not be required to pay an estimated sales tax in advance.

These tax reform bills are now moving to the Pennsylvania Senate for consideration to help small businesses in the state and to drive investments. These bills have not officially been signed into law yet. We will update this post as additional information becomes available. 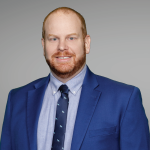 Matthew Fox is a Principal at Brown Schultz Sheridan & Fritz (BSSF) and a key member of the Firm’s Tax Department. He received his Bachelor of Science degree in Accounting from Pennsylvania State University. Matt has over 15 years of public accounting experience. He leads the Craft Beverage Group at BSSF, specializes in Research & Development (R&D) Tax Credit consulting and serves a variety of industries including craft beverage, insurance, construction, real estate, manufacturing and financial services.