What Is Sales Tax Nexus and Does It Affect Me?

If your business sells goods or products over the Internet to consumers, you should be aware of Nexus laws.  Sales tax nexus, also known as “sufficient physical presence” is legal terminology referring to the laws that require companies doing business within a state to collect and pay the sales tax in that state.  This is particularly true in New York, which enacted the “Amazon law.”

While this sounds fairly straightforward, it can be quite complex due to the growing presence of e-commerce. The growth and the vast networks of affiliates that sell online have driven states to investigate new methods of collecting sales and income taxes from businesses that sell in the virtual world. Currently, Amazon pays sales tax in 28 states, even though the e-commerce giant has physical presence in just several of them.

The History of Sales Tax Nexus

Two previous U.S. Supreme Court decisions (National Bellas Hess v. Department of Revenue, and Quill Corp. v. North Dakota) held that states could not collect sales taxes in a state from a retailer that maintains no physical presence in that state. In the e-commerce environment, states are now adopting a differing approach, which determines the “economic nexus” rather than the physical presence. For instance, New York State asserted that Amazon created nexus through its affiliates and other methods such as click-throughs.

Other states have followed suit, although the definition of the term nexus varies from state to state. Moreover, the laws continue to evolve as state governments attempt to capture tax revenue from Internet sales.

What Is the Current Status of Changes Around the Marketplace?

In April 2013, the U.S. Senate passed the Marketplace Fairness Act of 2013, which requires all online businesses to collect and pay sales taxes in those states in which they generate over one million dollars in yearly revenue. This change provided an overall standard for laws regarding sales tax. In addition, an effort continues to institute the Streamlined Sales and Use Tax Agreement to standardize and simplify state tax laws, thereby minimizing confusion and lessening burdens on small-to-medium enterprises (SMEs). To date, 24 states have signed the agreement.

What Does Sales Tax Nexus Mean for Small to Medium Sized Businesses?

It has been forty-nine years since the National Bellas Hess case and twenty-four years since the Quill case. If your business operates across multiple states, and if you sell online, changes in state sales tax laws may be coming and will impact your business. It makes prudent business sense to regularly review your company’s tax profile to ensure the proper filing of sales tax returns, especially if your business has inventory flowing through one of the Amazon fulfillment centers.

If you have questions, don’t hesitate to contact the team at BSSF today! 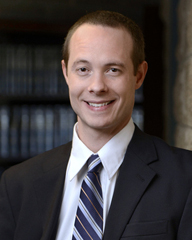 Shawn is a tax supervisor with Brown Schultz Sheridan & Fritz. He specializes in tax compliance and tax planning services for partnerships and corporations. He also provides multi-state tax planning strategies and compliance services to clients.