On November 2, 2017 the House Ways and Means Committee Chairman Kevin Brady (R-TX) released a 429 page “Tax Cuts and Jobs Act” (HR 1), which proposes to lower business and individual tax rates, modernize US international tax rules and simplify the tax law with significant impacts on numerous sector of the economy.   The Ways and Means Committee will begin consideration of the bill on November 6th.  The legislation is proposed to be generally effective for tax years beginning after 2017. Certain provisions have separate effective dates with some effective after November 2, 2017.

House Speaker Paul Ryan has announced that the House of Representatives is expected to vote on the Ways and Means Committee-approved bill during the week of November 13th.  It is possible that Senate Finance Committee Chairman Orrin Hatch could propose a Senate version of tax reform the week of November 6th. Full Senate complete action on tax reform legislation before Thanksgiving.   President Trump is hopeful he can sign a tax reform bill before Christmas. 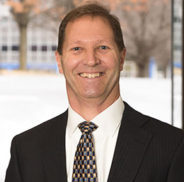